hand-painted lures, the lure may slightly differ from the photos presented below 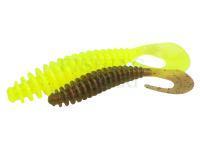 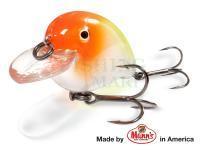 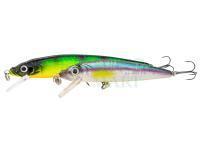 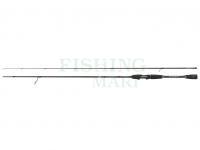 Splashing, surface wobbler for asp. Its sinking but its moving on surface while spinning. Its designed for catching asp and perch in stagnant water. Similar work to Pandora, but its louder and splashing harder.

Hunter company was established on May 1st 2010, however we have been producing effective fishing lures since 2009. Andrzej Lipiński is a great angler, a member of the Polish National Fishing Team for many years and, at the same time, an incredibly modest, honest and nice guy. A lot could be said about his achievements, but his favourite memories are those of his first trout or first intentionally caught chub or asp. He started fishing at a very young age and has been handcrafting lures since 1995. My name is Tomasz Skowronek, I caught my first perch when I was 5 - which was not unusual where I grew up. Since then angling has been an important part of my life, and being able to combine my professional life with my passion... that's just great.
All products Hunter Polska Andrzej Lipiński

You have to log in to add an opinion

Login
Main menu
Choose from 62161 items available on the online fishing shop!
Other series of this brand